Police in Nashua, N.H. said that they have received threats regarding city’s high schools. Keeping in mind the violent threats, schools were closed on Monday. Lately, on Sunday, the police kept investigating every possible chance of danger to the city. The Superintendent of Police said students are most probably not turning up to school till Tuesday. It is one of the largest districts of New Hampshire with around 11,500 students. Risking the life of many young children is not something feasible. Schools are closed, and children are assured full safety. As mentioned by the officials, the threat was very violent.

It promised to harm the local children as well as the staffs of the high school. The threat included many schools in the district, and not one. Many important details regarding the risks were clearly stated on the district website. Police remained close to every school in the district. Though the threat was imposed for children, many others had to suffer. The reason being obvious that a child’s safety is the most important for everyone. Many working parents remained at home for the sake of their children. High ranking police officials recommended them not to leave their children as it will help them stay brave.

Both, federal and state agencies worked over the investigation. USA’s second largest district Los Angeles also had to cancel classes on last Friday. Nearly 6,50,000 students stayed at home, as the officials were threatened through an email. A generic email threat was sent to not just one school in New York or elsewhere. Some people thought it to be a usual prank. However, New York City police commissioner denied it of being a student’s prank. Officials were very cautious about the lives of school going children. It was soothing to see their support. However, people should stay strong when such threats are given for innocent children. Terrorism is something that should never stop education. It is very essential for every child. Make your child strong to resist such a situation as it is nothing for such a huge gift, “education”. 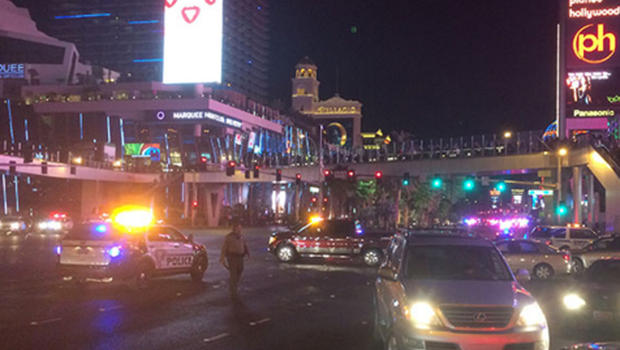 Making a blunder on a Live TV show is something very awkward. The same kind of blunder happened at the Miss Universe Beauty Pageant 2015. Host Steve Harvey somehow mistakenly announced winner’s name wrong. The event was going on in Las Vegas where the incident was witnessed. Harvey read out Miss Columbia’s name as the winner, but actually she was the first runner-up. Originally, the winner to be declared was Miss Philippines. After the mistake was recognized, there were loud whispers among the audience. Harvey tried to take control of the mess. She said on stage “Folks let me take control of this”.

She also showed the card with the name of the winner on camera. However, the event is getting a lot of criticism as why was the event allowed to continue after the announcement of the wrong winner. Nearly for two minutes, the ceremony continued wrongly. Miss Columbia was even crowned knowing that this was not to happen. After those 2 minutes, Harvey corrected and announced the right winner. Things are unclear, why things happened like that. You can watch video of stunned Miss Philippines after the correction was made. Everyone was like “what is this happening?”

The show aired in West Coast was unedited one. Production officials said the show will not be edited for airing it on international television where the show does not go live. It was very disappointing for Miss Columbia. A statement issued by the Miss Universe Organization said that the event was highly alluring, and a live event can have human errors. They apologized in their statement to the two beauty queens, their families and fans. It was highly controversial and is still continuing to be on the air. The Miss Universe organization was acquired by WME- IMG earlier this year. In the history, it was one of the very first Miss Universe events organized without Trump. On Twitter, Trump posted a comment which said “We need you Mr. Trump”.